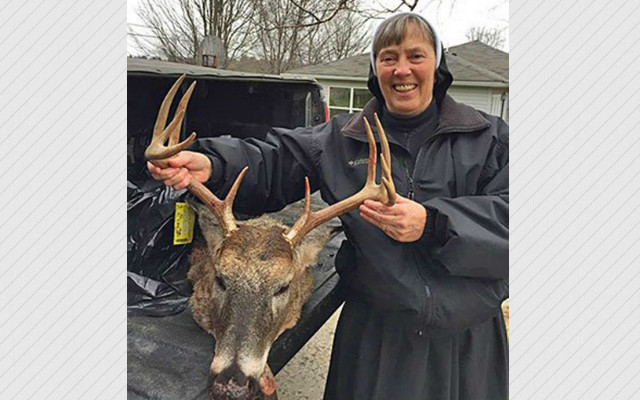 We come across all sorts of crazy stories everyday but felt this was rather intriguing. The story was simply a Benedictine nun in Pennsylvania went hunting on the first day of hunting season and harvested a beautiful trophy buck for the table. As the story of her Facebook post went viral with many post of congratulations, the tide turned as animal rights activist targeted the page and the website of the Diocese.

It’s a great story and we have attached an archive of the original story written by the diocese below.

ST. MARYS, Pa.—Benedictine Sister John Paul Bauer of St. Marys. Pa., bagged a 10-point, 200-pound buck shortly after saying the rosary in her tree stand on the first day of hunting season Nov. 30. “It was positively thrilling,” says Sister John Paul, who is a theology teacher at Elk County Catholic High School in St. Marys. “After I realized I got the deer, I thanked God.”

Like all good hunters, Sister John Paul, 60, has a tale to tell. At about 6:30 a.m., she settled in a tree stand, not far from her home in the small, rural Elk County community of Weedville. She recited the rosary in the dim, early morning light … and waited. Not long afterward, the sound of cracking twigs broke the silence; several doe passed underneath. In all the excitement, Sister John Paul’s coffee mug dropped to the ground. She managed, though, to gather her senses in time to spot two large bucks sparring in the distance—about 100 yards away. A former U.S. Navy nurse, she readied her 30-30 Winchester and took her best shot. At exactly 9:05 a.m., the 10-point buck fell. “I grew up with a family of hunters and I learned to shoot in the service,” Sister John Paul says.

When Sister John Paul returned to the classroom that week, students were excited to hear about her hunting adventure. The deer was the biggest of the three bucks she has killed in her 15-year hunting career. That’s not to mention the time—five years ago—when she took down a 200-pound bear in the same area.

A native of St. Marys, Sister John Paul grew up watching her father and brothers hunt. It’s an activity not at odds with spirituality, she contends, saying it’s all about recognizing the beauty of the cycle of life. “It’s a conservation effort,” she explains. “If you don’t kill the deer, they will starve. You have to maintain the population that can be fed naturally off the land. If you get an overabundance, then the deer starve. Likewise, if you overkill, then that’s not good either. So there’s a balance.”

As a Benedictine, she believes that Christ is in everything, even the hunted. “You don’t just hunt for the sake of killing. You are part of nature. You’re part of a cycle. You’re part of creation,” she says. Deer meat, according to Sister John Paul, is organic, lean and antibiotic-free. She had her buck butchered for sausage and steaks, and is sharing it with a couple of local families. Jeff Crawford of White Tail Taxidermy, St. Marys, is mounting the 16-inch-wide rack, which Sister John Paul describes as “nicely symmetrical.”

Sister John Paul professed her final vows with the Benedictine Sisters of Elk County in 2002. She earned her nursing degree in 1975, two years after graduating from high school, and then went on to serve as a nurse with the U.S. Navy and the U.S. Department of Veterans Affairs. 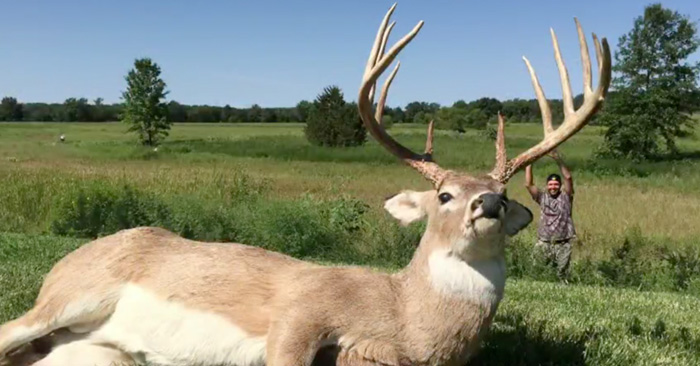 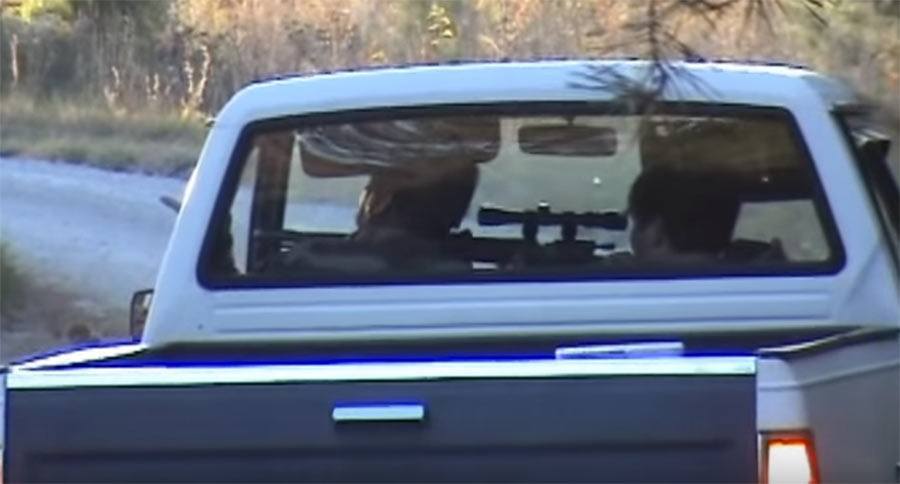