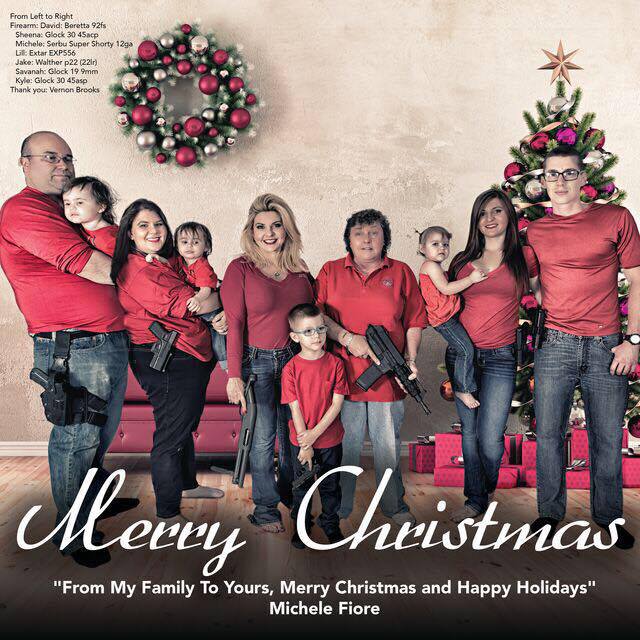 Nothing says it like a Christmas Card photo with all the family and kids sporting your favorite gun. Nevada Assemblywoman Michele Fiore says it all in this Merry Christmas post on Facebook. Fiore told CNN that she doesn’t regret having posted the photo the day before the San Bernardino massacre. “What’s regrettable is governing and forcing innocent people to be defenseless while allowing and inviting terrorists into our country knowing the murderous outcome,” she says in an email to the network. (Eleanor Roosevelt said she didn’t like guns, but she carried one and knew how to use it.)

Wish her a Merry Christmas on her Facebook page. 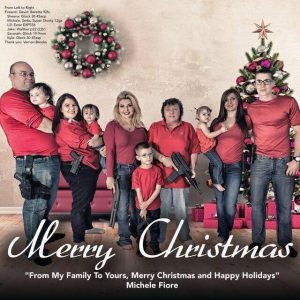